Very quiet geomagnetic conditions...however not much to be heard although signal levels were high. The MW spectrum shows some interesting anomalies, as conditions appear to vanish and reappear for no obvious reason:
There were little or no changes in geomagnetic conditions which should have triggered these changes. But then maybe we don't have access to every relevant solar data.

Nothing spectacular overnight - I noted WUNR-MA 1600 which is by no means an unusual guest here, and  many other dominants. Then conditions disappeared, but reappeared at around 10:00Z with a surprise logging of KELY Ely NV 1230.

Sadly enough, Arnstein Bue had to leave us this morning to attend matters at work.

We usually enjoy a very stable and quite fast internet connection here, however this norning it was all but gone. Only a very slow capacity remained. It turned out that they are setting up a new broadcast tower in Kongsfjord, and moving equipment from the old tower, including our 3G connection which is now more like a 0.3G connection. Hopefully things will be ok by tomorrow afternoon.

Quite a bit of snow fell during the night, and the wet sleet/snow induced a lot of noise on the beverages - to the extent that the band was covered in noise at times. 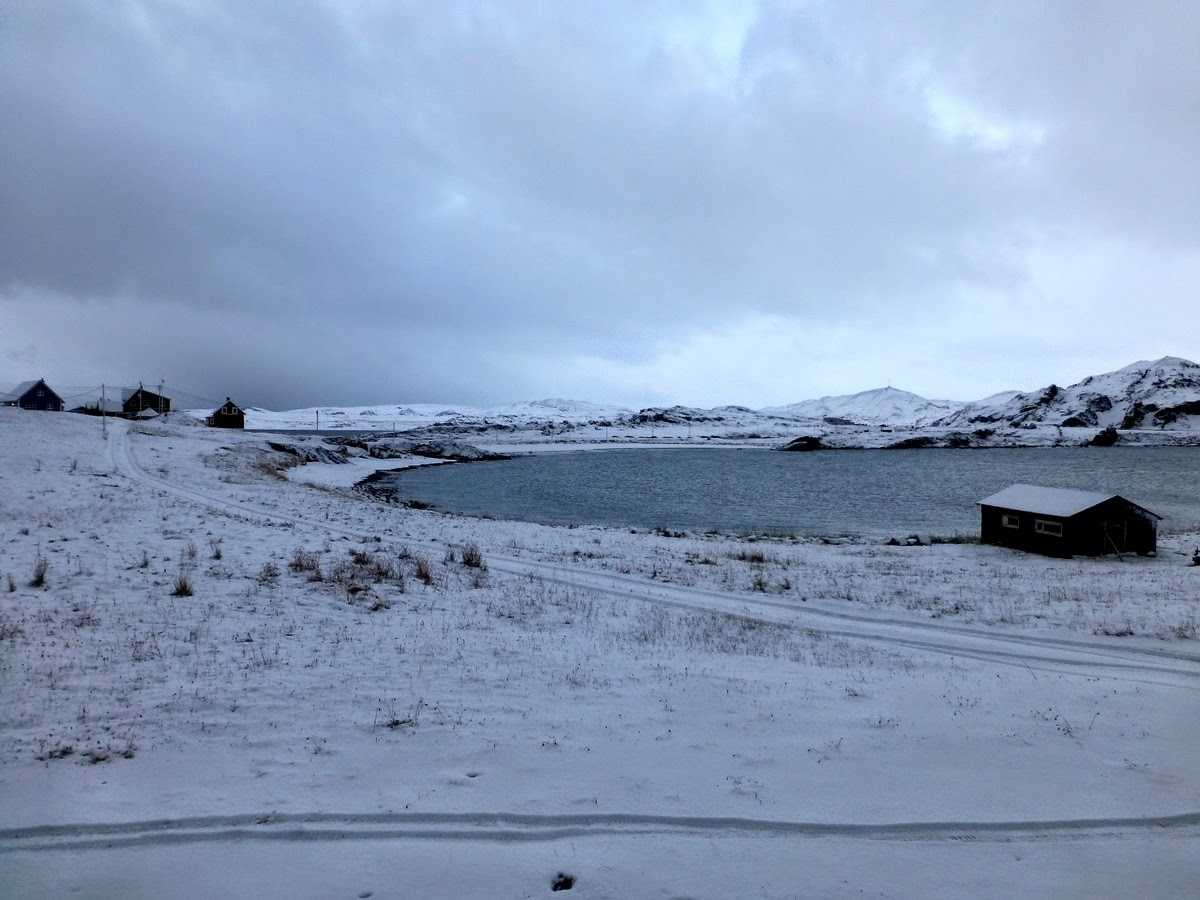 Here's the picture of the day, taken at around 7:30 am during a lull in the snow showers. Weather later improved with sunny spells but the showers continued throughout the day and the forecast is more snow.
+1 Celsius was the maximum temperature today.﻿
Lagt inn av Bjarne Mjelde at (UTC) 18:58