I had the opportunity to measure the LW and MW sensitivity of the Elad FDM-S2 today. Hence, the Sensitivity Figures on Some Receivers doc has been updated. Spoiler: It's a sensitive radio. Thanks TJ Bråtveit for lending me the device. 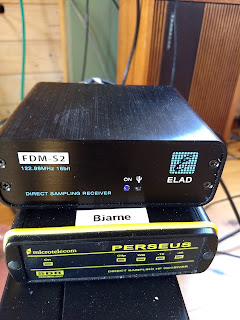 WXME was heard with a fair signal, actually better than WBBM, at Smøla island in early November 2018. What prompted me to send a report was actually a BBC World Service feature about pirate radio in New York City - in fact a very interesting program in which WXME owner Allan Weiner was interviewed. WXME is co-located with SW broadcaster WBCQ, also owned by Allan. He sent a very prompt response to my report.

Lacking a WXME logo, here is the SW antenna as displayed on the WBCQ home page. US station #1100 (excluding Hawaii). 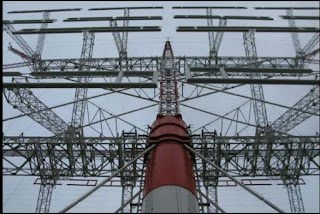