ColibriNANO Test Run - And Some Thoughts

Read my impressions here. Could it be a winner? It hangs by a thread! 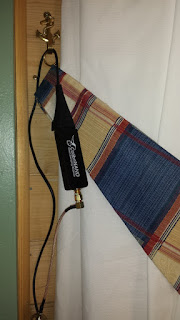 It will be interesting to see what the Airspy R2/Spyverter R2 combo will show off when it arrives in Kongsfjord on June 30. The Airspy has received lots of praise, like this one from Nils Schiffhauer, but will it deliver on MW?

"Premature" is indeed making up opinions about a radio without even having plugged an antenna into it.  But it will have to wait another week. I've had the opportunity to play with software though, and make some notes.

The installation problem seems to be resolved, and only affected the first or so batch of receivers with serial numbers not programmed into the receiver's EEPROM. I have since connected the Nano to other PCs with no problems at all. The fate of the early adaptor, I guess.

I haven't found info on power consumption, but it does run off a USB 2.0 port, so it must be lower than 450-500 mA. This makes it a good candidate for field or remote operation using battery power. A tested and working setup is Intel NUC + SDR + hard drive powered by a 12V battery.

I do have to commend on the apparent build quality of the Nano. It's aluminium, tight, feels heavy (as heavy as 43 grams can feel) and looks "expensive". Because of the weight, it might be an idea to use a short USB extension cable to reduce strain to the PC's USB port.

The ExpertSDR2 software does have its shortcomings, said to be addressed later this year. HDSDR is the best (and indeed a very good) alternative right now, except there is a 60 dB signal reading error. There is support for SDR# too, but only for version 1005 which is rather old.

So we'll see after I've had the chance to listen to real signals, and measure its sensitivity. I do like the concept though. Pocket receiver redefined.

Another 100 watt catch from Japan came last October when the Goutsu and Muikaichi relay stations were heard with quite a good signal. In comparison, their 1296 main station was local-like at the time.

I received a friendly letter from the Senior Engineer yesterday. 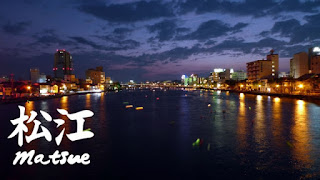 ColibriNANO - It's Here. Sort of.

Yes, it's here. Only very, very first impressions so far. I haven't even connected it to an antenna (because I don't have one at my apartment).

It's small. It's hot. And I mean literally hot! So hot it's actually a tad unpleasant. I don't know if it's a bad sign or not.

Despite many attempts on two different PCs with two different type USB ports, I never got ExpertSDR (their native software) to run. The Nano was always disconnected. Drivers manually installed, still no cigar. Some inconsistencies in the manual did not help. I'm not excluding user error, but come on - this should be plug and play!

No problems with HDSDR though. It plays, records and plays back well. So good work on the ExtIO dll - at least so far. One problem though is that the gain is set 60 or so dB too high (I'll measure later on with my signal generator), but that error is easy to calibrate thanks to HDSDR's versatility.

SDR# is a different story again. It does open, but the window is never visible, only the miniature window visible when you hover the mouse pointer on the task bar.

So what to say. Unfinished? Will it fry? Or is it a keeper? Time will tell.

Update: It turned out that on the early sets, the serial numbers weren't programmed into the device's EEPROM. With that sorted out, ExpertSDR began to talk to the Nano. Now, there are other issues. 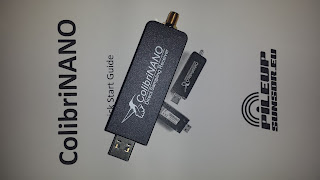 I checked into Airspy's site today, an noted that since last visit they've added an image. Probably not the real thing but an Autocad or similar image. The two screw-thread similar protrusions are likely the SMA connectors. If that is the case, we're talking s-m-a-l-l ... 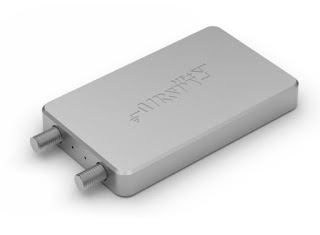 Weak, but with almost perfect readability and with no interference, the closing ceremony of V6AH was heard in November 2016. One of those really magic moments one can experience towards the Pacific from my old farm.

QSL is not always easy to obtain. OJ Sagdahl found an announcer on Facebook who did reply, and I was happy to get one too today.

My second Micronesia on MW, and it's about 10 years since the first!

Pacific islands stations are always exceptional. Even if some, like Tonga-1017 and Kiribati-1440 have become quite usual, their Polynesian languages and music style have no match anywhere else. 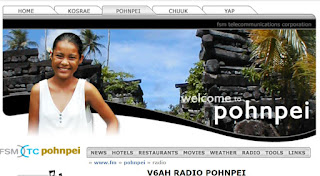 I heard  1-kW JOJG Tsuruoka in October with a good signal mixing with the Aomori-963 relay in Fukaura. In April I even caught a great signal from JOJG's 100-watt relay stations in Atsumi/Oguni.

Their main station in Yamagata is on 540, and still unheard here.