Some Reflections on The New Fad – YouTube SDR Comparisons

It looks like everyone wants to be on YouTube these days. Nowadays it’s being used to compare SDRs, and videos are published on SDR related Facebook groups. I’m doubtful if any of what I see really helps the reader/viewer to choose the right SDR. And most often they are using signal levels I would call “armchair listening”.

Worse yet, there is often little or no attempt to describe how they set up the “test”. Are all parameters identical or are they comparing apples and oranges? And very often there are no comments from the authors themselves. One would at least expect a conclusion: Is one better than the other? I suspect the reason is that usually, there is no audible difference.

I have made loads of A-B audio comparisons for my own use, and two things are certain:
1. Results will vary. There are so many variables at play. SDR A can be better than SDR B on frequency X, but worse on frequency Y.
2. Audio is subjective. It’s because ears are different and the decoding brains are different. If you ask 10 people which is better, A or B, they will split. And one tends to favour the audio flavour from the SDR software one uses the most. My opinion is that Jaguar for Perseus in most (but not all) cases has better readability than SDRUno, HDSDR and SDR Console. But a long-time SDRUno user may  not agree. And when DX signals are 100 % readable it really doesn’t matter which software you use, because what the DX-er is after is the ID. It may be different for a program listener (aka SWL).

If one really wants to try to measure the difference between SDRs, why not set up a test using digital modes, like DRM, WSPR or FT-8? Then you would at least have objective criteria to judge from.

I am sure they are having great fun when they set up these tests and do so with good intentions. Alas, they bring nothing new into the equation. Let the lab tests rule.

I have had the opportunity to play with the new RSPdx from SDRPlay for a few weeks now. It seems to have been well received among SDRPlay customers. They have introduced "HDR" mode, a specially designed mode for operations below 2 MHz. So, how does it perform? I have tested it with weak signals in the Arctic, and with high signal levels further south. My impressions can be read here. 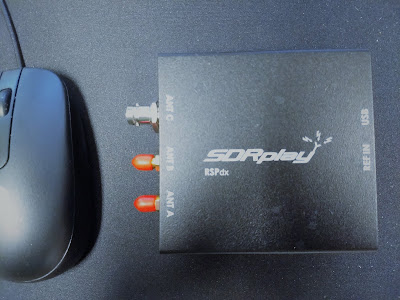 When I heard Indian pop music on 1611 last September I really didn't know what to believe. The announcement "This is SBS Pop Desi" also let me bewildered, but at least I understood that it was very likely an Australian narrowband station. There was no reference to any MW frequency on their home page. And knowing how confusing and changing (and apparently poorly regulated) the Australian x-band is, I decided to let it rest.

Until a few weeks ago when I saw information that SBS PopDesi was transmitting over one of the former Rete Italia stations in Tasmania. As it were, the station was listed both in MWList and Asiawaves.net as using the Launceston transmitter. The other TAS stations from Rete Italia on 1611, Hobart and Devonport, were closed. Since I was lacking Tasmania in my Aussie log and QSL listing, I decided to send off a report to the station. After a few days, I received a confirmation via Facebook. 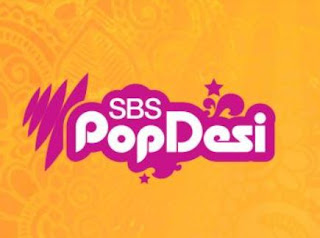 "The Outback" is a term defining the remote interior of Australia, and quite possibly one might associate the term with being lax in regulation, laid-back and easy to get lost. I'd call the x-band, or narrowband, the Outback of Australian radio. Stations are apparently changing hands, changing names, closing and opening at a rapid pace. Stations have several transmitters on each frequency (so, which one did you hear?). And the transmitters are offset to their nominal frequencies to an extent I'd assume no in-band station would ever be allowed to be. The band seems to live a life on its own. So, I have more or less given up that segment of the MW band.

Friday the 13th was my lucky radio day, when 1000-watt CFBV had a stable, although weak, signal for a few hours. A decent "The Moose" liner was heard and recorded. The same morning, CFLD Burns Lake 760 was heard with the same programming, though a bit more noised-down.

A friendly response with the request to test my online SDRs came today.

CFLD and CFBV is kind of a special couple for me, and the reason I sent off a report. In 1985, I heard CFLD, then on 1400. As today, they were running together with CFBV, then on 1230, as "BV-LD Radio". I got a QSL from CFLD at the time. So, with today's response I have them both. Thanks Ole Forr for v/s info. 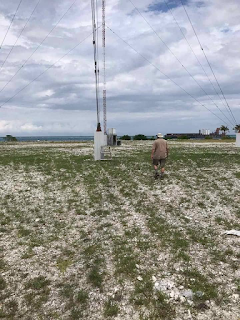