Due to my northerly location, there isn't much real DX to hear until the last days of August. But a few Aussies have been heard already, and yesterday on August 28 I was chasing one that my DX buddies at Kongsfjord had nailed already. 5CC was mostly under the interference on 765 kHz, but surfaced now and then with fair levels. During one of those fade-ups, I got a nice ID liner, and I sent a report literally minutes later. 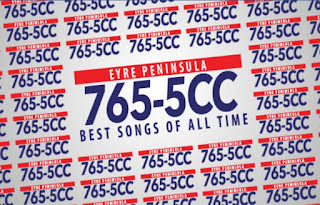 Just in time for my morning coffee, a kind response from the station was in my inbox, the first QSL this season. It was heard on the 580-metre, 80-degrees beverage antenna. 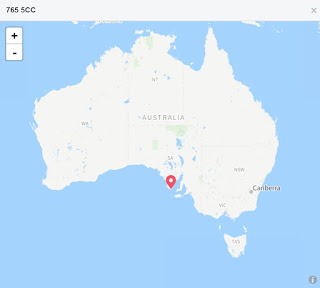 The coming DX season is only a week away here in the frozen north - if in any way a maximum summer temperature of 32.8 degrees Celsius is compatible with the term "frozen".

The 500-metre, 50-degrees Asia/Pacific beverage was set up, or rather "laid out" to avoid complications with remaining reindeer, yesterday. Noise levels seem to be fine, and today I decided to compare three of my 1.5 MHz+ sampling SDRs on a basically signal-free MW band.

I used both the Cloud-IQ and the RSP1A with SDR Console V3.0.2. I didn't want to go through the hassle of setting up Perseus for SDR-C only for this test (I use Jaguar at all times), so I decided to use its native Perseus software instead.

All SDRs were connected to the 500-metre beverage via a DX-Engineering preamp and a 1:8 Mini-Circuits splitter.

So, how did it go? First off, the Cloud-IQ:
Then, we take a look at the RSP1A:
And finally, the Perseus:
Taking into account the different scale on the Perseus, there isn't much variation. The RSP1A is the most noisy of the three, but not by much.  A few spikes may indicate USB noise. I used ferrite clamps on the USB cable. Although the pics above indicate otherwise on 1224 kHz, the RSP1A's noise level was generally 1-3 dB higher than the Cloud-IQ.

Mind you, this is an empty band, so any sensitive radio with even the most fragile front end would do well. As I experienced last winter, the problem with the RSP1A is with high signal levels. You can always reduce RF Gain, but not when you're doing automated recordings. So, you either risk saturation, or not hearing the weakest signals.

I will have all three SDRs connected to the beverage and do some recordings in the evenings when there are signals in the band. Weak signal readability is what we're after.

And finally, we could take a look at how the KongSDR with a 70-metre longwire compares:

And I saved the best for last. Too bad the Airspy HF+ has only 660 kHz bandwidth. A performance like this with full MW coverage would be stellar. Roughly 7 dB better than the Cloud-IQ! (Visual Gain reduced to show same signal level as the others on 468 kHz). But the trade-off compared to one SDR covering and recording the entire band is too huge.

When July ends, our Arctic nights are not sunlit anymore. A sign that it's time to think about the coming MW DX season. For those who want updated SDR software, it may be worth noting that HDSDR has now come in public beta. As per now, beta no. 9 is available on their website hdsdr.de.

I have followed the work on version 2.80 with suggestions and alfa- and beta testing, and version 2.80 is indeed an improvement over the latest release version 2.76a. Both visually (see below) and with regards to functions.  I have written a combined changelog (though not guaranteed to cover every change that was made) and a review of the changes.