Right! Then came Saturday, and the 24th DX-pedition on the top of the world has begun. It's becoming a habit. First, names and equipment:

A number of PCs, displays, and around 60 TB worth of hard drives is necessary to make things go round. Each of us controls at least two PCs, either by remote desk top or LogMeIn Pro. For internet access we have three 3G subscriptions, average speeds are 17 mbps down, 4 mbps up.

A quick description of our antennas (including, literally speaking, an aerial photo) is found here.

Arnstein, OJ and TJ arrived by rental car from Kirkenes airport around 2 pm local. Since all antennas and equipment were already up and running, we could all start listening right away. Conditions were exceptionally poor though, with the Japanese super dominant STV Sapporo 1440 barely audible. Later on we did hear traces from 4QD Emerald, AUS on 1548. The spectrum from the previous night on the 310 beverage shows the sorry state with barely audible signals at around 04:30 UTC.

The first dinner on KONG24 had a local main ingredient, namely reindeer meat. This, together with carrots, potatoes, celeriac, onion, leek, swede and red chili was woked and then cooked into a stew with cream and sour cream. Two Langhe Nebbiolo accompanied our main course. For dessert we had the traditional chocolate pudding with custard, and we tasted a couple other wines as well, such as the Allesverloren 2011 and a little surprise for us, the German Spätburgunder (Pinot Noir) from Weingut Mohr-Gutting.

At the time of writing this at 01:00 UTC, conditions seem to be on a slow ascent. Geomagnetic data is mostly positive and I hear stations, albeit weak, on most frequency on the upper half of the band.

After an exceptionally mild autumn temperatures are now more Octoberish, -2 Celsius last night and around +2 during the day. Absolutely dead calm which is by no way Octoberish. The photo below was taken from my house at sunrise Saturday. 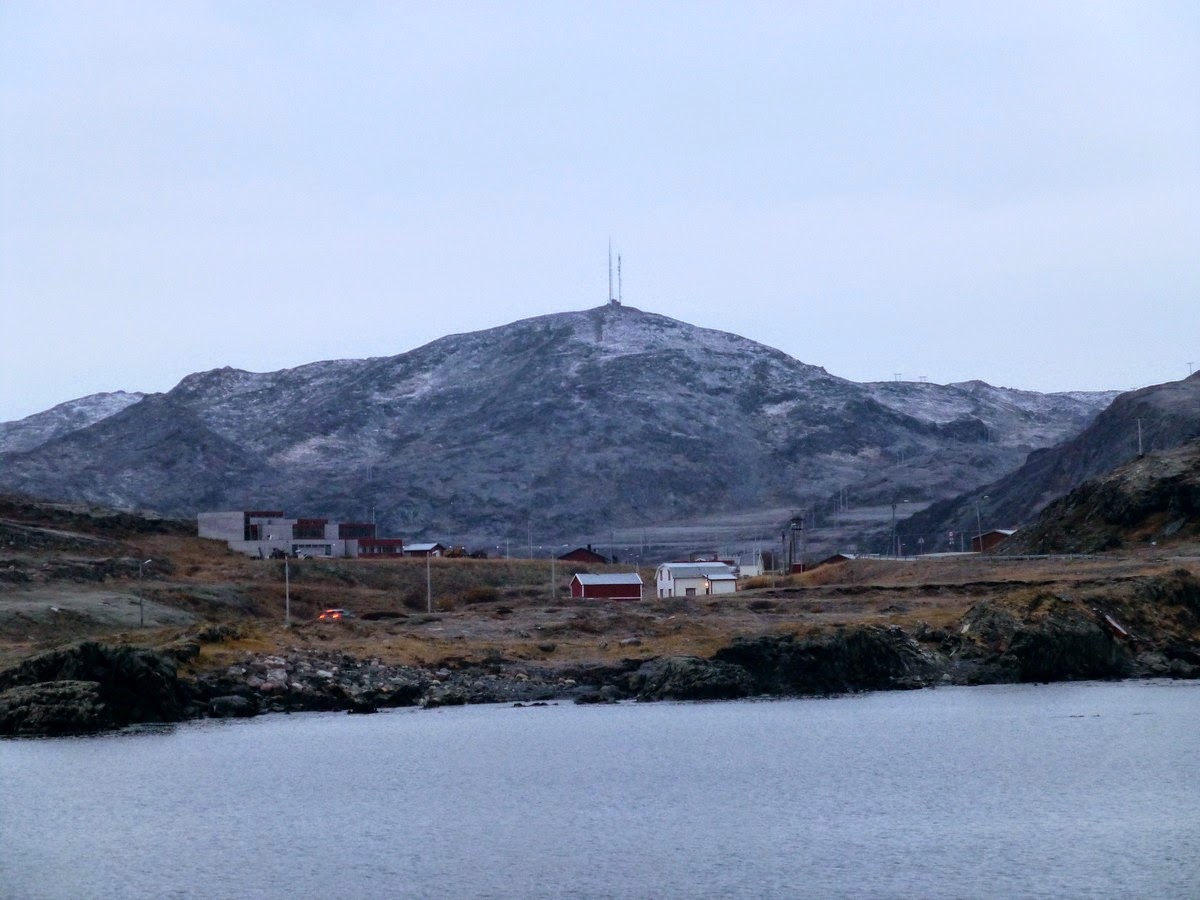 Enjoying the logs and commentary. We had a pretty reasonable weekend at Walsoorden. Just going through the Jaguar files now. Surprise was 1270 WTSN Dover. Its not heard often in Holland even if it is on the coast. I'm laughing at how many TB you guys have. I thought my 3TB for the weekend was impressive. Goodluck. Looking forward to some more nice stories and logs.

Thanks for your comment, +David Onley. Nothing at all wrong with 3 TB for a weekend! The 60+ we're talking about here is for the winter, as the SDRs here will record cool stuff until April.