Another DX-pedition is getting close to the end! Conditions overnight were variable to say the least, but a few stations made it through: KFOR-NE 1240, KHIT-NV 1450 and a super strong KUGR-WY to name a few. Mount Loran recordings still to be reviewed, but we did note KYUL Scott City KS 1310 in parallel with KIUL-1240 - a rare station. Maybe there is more.

Yesterday was a dull experience indeed, KAJO-OR 1270 is the only noteworthy station in the log so far. Asia/Pacific: Forgettable.

Dinner last night was a lot more memorable: Västerbotten pie with trout roe instead of the usual löyrom. Followed by fried fillets of saithe, with unbelievable amounts of fried onions and a potato paste. A Niepoort OLO white 2016 went very well with the fish! 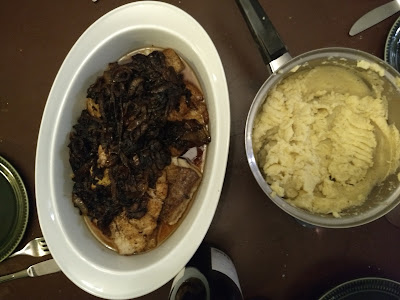 For dessert, we.... just couldn't make it. After a long break, we settled in with some port wine. And not just any old port, but a 2014 Niepoort. So, two Niepoorts in one meal!

Today, we dismantled the Mount Loran equipment. Hard physical work, but we've found a good routine so things went smoothly. Especially with the weather on our side.

Speaking of weather: Mild, calm and dry so far today, 4-5 Celsius. Quite a bit of change from previous days, as you can see on the picture below. Wind will increase again late afternoon and tomorrow. Myself, I will be leaving Kongsfjord later today after another fantastic meal, haddock in salsa. Ole will drive to Andøya Monday morning, and OJS will leave for Berlevåg airport a few hours later. 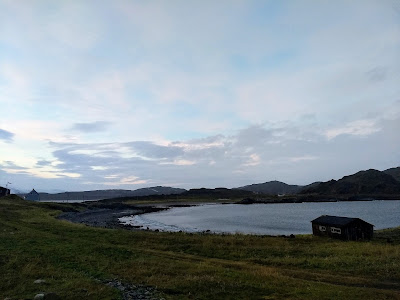