Nothing spectacular to report the last day. Signal levels were generally high on the trans-polar paths, but more interference than usual (or wanted) due to higher signals from Europe/Middle East as well.

Pacific came early yesterday as well, with New Zealand mixing with UK at 09:00. The hope for a nice NHK-1 opening at 10:00 was lost due to increased noise levels.  The 1-kW Asahikawa relays in Enbetsu and Wakkanai (792 and 927 kHz) were nice and strong, also Aomori 963 and a few others. The noise levels were on the high side for the rest of the day.

The main use of this feature is to spot stations with high daytime powers before they power down or power off.

Dinner was a bit the same as yesterday. The starter was different though, duck liver paste. The main course was leftovers from the lamb, cooked in Barolo with chopped vegetables thrown in. Then for dessert, another round of chocolate mousse with cloudberry jam. The duck liver paste was served with a 5 puttonyos Tokay Aszú from 2013. A Lopez de Heredia Rioja from 2008 went very well with the modified Barolo dish. Another round of Banyuls for the dessert.

We do test a few beers during our stay. Below is a selection... 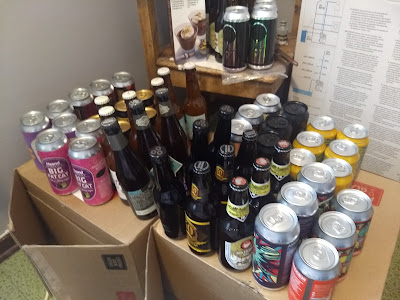 Yesterday's weather: It warmed up a bit so the snow and sleet turned into rain. 3-4 degrees Celsius, some dry periods. This morning's view from the living room: 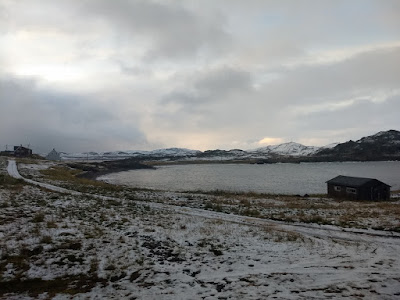